by laura in Health and Wellness

Stress is universal; coping mechanisms are not. Because everyone copes differently (and some people don’t cope at all), it’s hard to know where to start. In recent years, people have been turning away from traditional stress relievers (massage, “me time,” or alcohol) and pivoting toward a more natural, holistic and healthy approach. One of those is adaptogens—specifically, Rhodiola rosea.

If it doesn’t ring a bell, don’t worry. Lots of people are unfamiliar with the term “adaptogen” and “Rhodiola rosea.” There’s a lot of goodness that comes from Rhodiola rosea, so we’re going to cover the top health benefits of this herb. Read along to learn more!

What is Rhodiola rosea?

Rhodiola rosea is a perennial flowering herb plant that typically grows in cold climates. Its technical name is Rhodiola rosea, but it is also known as king’s crown, golden root, rose root, and arctic root. Many people know it as an herb that can be used to alleviate stress or depression, but its uses go far beyond these. It is also used to fight fatigue, improve cognitive function, and boost exercise performance. We’ll cover this more in-depth throughout the article. The main takeaway is that Rhodiola rosea has many health benefits. Rhodiola rosea is growing in popularity, but by no means is it new. It was discovered years ago and has been used in traditional medicine for years—specifically in cold areas.

According to Botanical Medicine for Women’s Health, the use of Rhodiola rosea was first documented in 77 CE by a Greek physician named Dioscorides. It is well-known in cold climates—specifically Russia and Scandinavia. Since 1969, Rhodiola rosea has been used in Russia to treat fatigue. This is because Rhodiola rosea is a nootropic, which means it’s a supplement that naturally helps improve cognitive function, creativity, and motivation. In a nutshell, it’s something you take to give your brain a boost. Sometimes known as “smart drugs,” nootropics are becoming a go-to for professionals and people who are constantly on the go. There are several other nootropics out there, here are a few:

Nootropics can be confusing, as they can be prescription drugs or natural substances. A general rule of thumb: If your doctor can’t prescribe your nootropic, it’s a supplement. This is the case for Rhodiola rosea.

People in many countries have recognized the power of Rhodiola rosea in its ability to fight fatigue, so it is often taken as an energy boost; a micro-boost, but a boost nonetheless. Rhodiola rosea isn’t as strong as something like caffeine, but it has been proven to give people energy when they are fatigued. Plus, they both fall under the umbrella of nootropics so there’s proof in the pudding—you’ll definitely be feeling the energy spike!

That being said, Rhodiola rosea isn’t classified as a stimulant. Some may say it’s because it gives you energy and “stimulates” brain function, but there’s an important difference to note. Rhodiola rosea isn’t like caffeine in the sense that RR doesn’t send messages to your brain or block certain receptors in your body, in the way caffeine does. In many ways, caffeine tells your body how to feel by blocking adenosine receptors, which ultimately tell your brain that it’s not tired. A more natural approach is one that doesn’t rely on manipulating your body, but rather, relies on giving your body what it needs. That’s what Rhodiola rosea does. Instead of making you think you have more energy than you do, it gives your brain a sense of focus so that you can concentrate on utilizing the energy that is already there. Focus and energy tend to go hand in hand, so we’ll elaborate on focus later.

In addition to being a nootropic, Rhodiola rosea is also an adaptogenic herb. An adaptogen is defined as “an agent that supports the body’s ability to accommodate varying physical and emotional stresses.” It’s an all-natural way to stabilize physiological processes while also promoting homeostasis. Adaptogens stimulate the body in a way that allows it to counteract the negative, detrimental effects of stress.
As of now, there are only nine documented and well-studied adaptogens:

These were first studied during World War I, when researchers were trying to find a way to give pilots more energy when they were flying long hours. They landed on adaptogens as a seemingly quick and efficient solution for energy depletion. Now that adaptogens have been studied more closely, it’s evident that they are much more than just energy-givers.

In fact, energy is more of the job of nootropics, and adaptogens deal more with stress—or lack thereof.

How does this relate to Rhodiola rosea? Because Rhodiola rosea is a strong, well-researched adaptogen, we know that it counteracts stress in a specific way. Stress manifests in the body in three stages:

Looking at these stages, the “sweet spot” is the stage of resistance. This is when your body is the most balanced and the most capable of dealing with stress. Here’s where adaptogens play a role: They help lengthen the amount of time that you’re in the resistance period. Being an adaptogen, Rhodiola rosea is very helpful with regulating stress in the mind and body. It targets and lengthens the resistance period so that your body is more adept at combating stress. While you aren’t guaranteed absence of stress, studies show that people who take Rhodiola rosea experience reduced levels of stress overall.

One of the biggest benefits of Rhodiola rosea is that it improves cognitive function. It does this by giving you clarity, focus, and alertness. Typically, you can’t just exchange focus like it’s a material object. People spend years trying to learn how to hone in on the present moment and focus on what’s in front of them. Some people use supplements like caffeine to give them a greater sense of focus, which works, but it tends to have some not-so-great side effects (like the jitters, high blood pressure, or digestive issues). Rhodiola rosea doesn’t carry any of these side effects, and although it may not seem to have as strong of an impact on your focus, you’ll likely notice a difference.

We know that Rhodiola rosea improves focus, boosts energy, lowers levels of fatigue, and helps with stress—if you’re wondering how, there’s one simple answer.. All of these things are linked to the brain. Your big takeaway about Rhodiola rosea should be that it targets and improves cognitive abilities. It does so by creating and promoting balance in your body.

Rhodiola rosea promotes homeostasis within the body, which is a fancy way of saying that it works to keep all of your physiological processes in balance. That’s why Rhodiola rosea helps you manage stress while also helping out with gut health. It stretches its impact across many different aspects of your body, and that’s because it impacts all kinds of physiological processes.

Your body naturally wants to be in homeostasis. This is its happy place, and it has a tendency to move toward homeostasis and balance. But as humans, we tamper with all kinds of ideas of “natural,” and we end up putting the body’s natural rhythm off kilter. That’s why it’s important to be as close to natural as you can, whether that means eating an all-organic diet and avoiding processed foods or taking natural supplements to boost your homeostasis. Rhodiola rosea is one of those supplements, and it has proven time and time again that it is one of the most effective ways to bring your body back to its natural balance.

Rhodiola rosea isn’t like a prescription drug with a set amount that you should take every day, but it is important that you are cognizant of the recommended dosage. You can take it at any time of the day, but it’s recommended that you don’t take it right before bed because it does tend to give an energy boost. For some, taking it right before bed has resulted in difficulty getting to sleep because of the slight energy spike.

There’s a lot of leeway with how much you want to take, but the number to remember is 680 mg. You shouldn’t be taking more than 680 mg in a day—and it’s recommended that you take even less. Most people find a happy place in the 200-300 range, but some take as low as 50 mg. It’s recommended that you start out with 50-100 mg and work your way up to a dosage that is comfortable for you… as long as you’re under 680 mg of course!

Are you sold? It’s hard not to be. Before you jump headfirst into Rhodiola rosea as a daily supplement, make sure you educate yourself on the potential side effects. It’s natural and highly endorsed by many researchers who know their stuff, but as with anything, side effects are possible. Fortunately, the side effects are generally mild, and there aren’t too many of them. Here are the most common:

There you have it—the comprehensive guide to Rhodiola rosea. Rhodiola rosea is a unique nootropic adaptogen that can really benefit your health and your cognitive capabilities. The next time you’re in need of a stress-relieving focus supplement that delivers a boost of energy, give it a try! 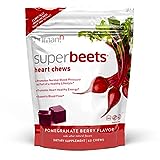 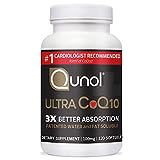